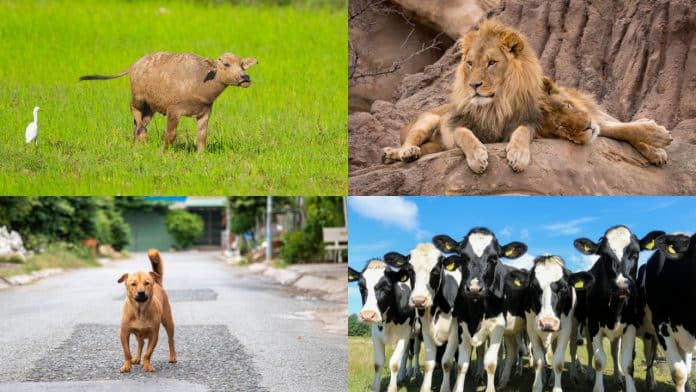 Hurricane Ian was one of the worst hurricanes to hit Florida last night, leaving behind victims and damaging the infrastructure.

While the scale of the damage is still being determined, Orange County Sheriff’s Office in Florida is rescuing people and animals. They shared a video of a rescue team member saving a dog.

Young buffalo brutally killed
Animal welfare organization Animal Recovery Mission (ARM) calls for the end of animal cruelty during Dashain, a major Hindu religious festival in Nepal that starts in a few days. During Dashain Festival, thousands of animals, such as goats, buffalos, and pigeons, are sacrificed.

“The Dashain Festival takes place every year as the most significant and celebrated yet outright gruesome “religious” animal sacrifice festival in Nepal,” ARM said.

ARM shared graphic images and videos of the brutal beating of a young buffalo serving as a sacrifice. “It is heartbreaking to put yourself in the place of this young buffalo. The screams that deafen his ears,” ARM said.

“The tight rope cutting into his neck and pinning him down. The smell of the spilt blood of his friends.. and the defeat in his eyes as he realizes he is next to die.”

🎉 The New Zealand Government has officially passed a bill to ban live export by sea.

This Bill will stop thousands of animals from suffering on the long, cramped, and filthy live export ships.

It’s time for Australia to do the same. pic.twitter.com/YN2XMgyhhg

Rescued lions are thriving
The five lions who were rescued from cruel keepings in Romania are thriving at the South African sanctuary where they arrived a month ago. Animal welfare organization Four Paws, which saved them, shared an update on Facebook.

The animals were rescued from cruel conditions in private keeping in Picior de Munte, a small village in the south of Romania.

“After they had to suffer under cruel conditions in private keeping, Four Paws rescued the Romanian lions a year ago and brought them to Felida Big Cat Sanctuary [in the Netherlands] as a first step,” the organization said.

“Since the five young lions are full of life, Lionsrock Big Cat Sanctuary [in South Africa] provides the best long-term home for them,” it added.

In Romania, the lions were held in unsafe conditions with signs of malnutrition, neglect, and abuse. “This uncontrolled breeding and the inappropriate keeping conditions are clear signs that the owner should not be allowed to keep lions. It’s a shame that Romania’s animal welfare laws even allow this,” Ioana Dungler, director of the Wild Animals department at Four Paws, said about the previous owner of the lions.

US approves dam removal to save endangered salmon

Less than 40 Balkan lynxes left in the world