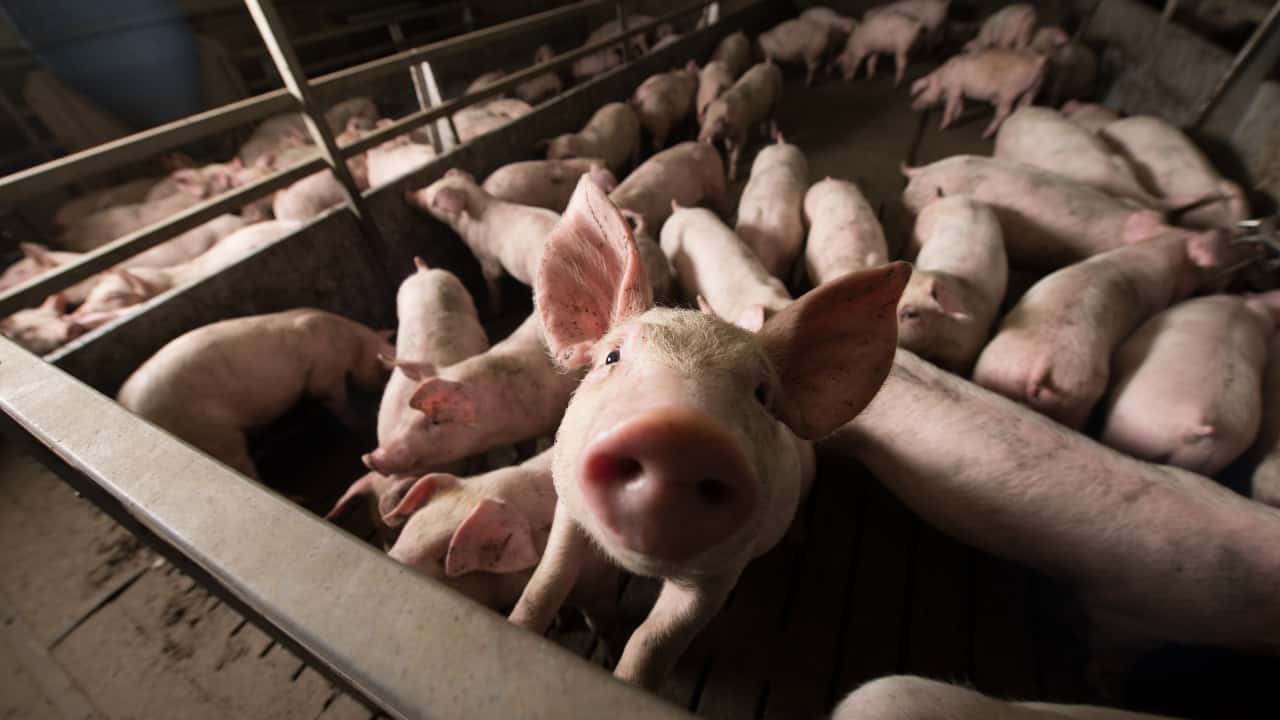 Animal rights and environmental groups are trying to stop the rise of mega pig farms in Spain. Fueled by demand from China, Spain has become one of the top producers of pig meat in Europe.

But animals suffer in these farms, animal welfare groups say, and environmental group Greenpeace recently warned that the growth of industrial pig farming in Spain is causing water pollution from nitrates to rise.

The 58-year-old winemaker Antonia Escriban is trying to stop the opening of a large pig farm close to his town of Quintanar del Rey in the province of Cuenca.

The pig factory is being built near the wells that provide the town with fresh water. Locals fear the pollution from pig shit, bad smells and flies.

“If the water gets polluted, the village will be ruined,” Escribano told AFP. “People will leave as has happened in other villages, and Quintanar will become a ghost village.”

According to European Commission data, during the half of 2021, Spain produced 2.6 billion kilograms (5.1 billion pounds) of pig meat, up 4.1% from the same period last year.

“The sector generates a lot of money,” said Remedios Bobillo Jiménez, member of Pueblos Vivos Cuenca, a group fighting the spread of mega farms in Cuenca. “Spain has become the dump of Europe and China. That can’t be,” she added.

Putting thousands of pigs in a factory produces enormous amounts of manure. Animal shit is stored, then spread on croplands as fertilizer. Greenpeace said that land often can’t handle the volumes of manure produced, leading to groundwater polluted with nitrates and ammonia.

The destruction of Spain’s Mar Menor, one of the largest saltwater lagoons in Spain, could be linked to the hundreds of huge pig factories in the country, The Guardian reported earlier.

Pig farming also consumes huge amounts of water in a country frequently affected by drought. Critics also say the barnyard smells from the smaller pig farms of the past are nothing like the overpowering stench from today’s huge pig factories.

“At some times of the year, the air is unbreathable,” Toni Jorge of Ecologists in Action said while standing outside a pig factory farm in Cardenete, a village of about 500 people east of Cuenca.

The farm owns 6,400 pigs that produce enough manure each year to fill four Olympic-sized swimming pools, he said. The pigs here are packed together with no access to the outdoors and daylight except for the day they are taken to slaughter, Jorge added.

The Animal Reader is a small, independent news platform with daily posts about issues affecting animals.

Mink breeding for the fashion industry starts again in Denmark