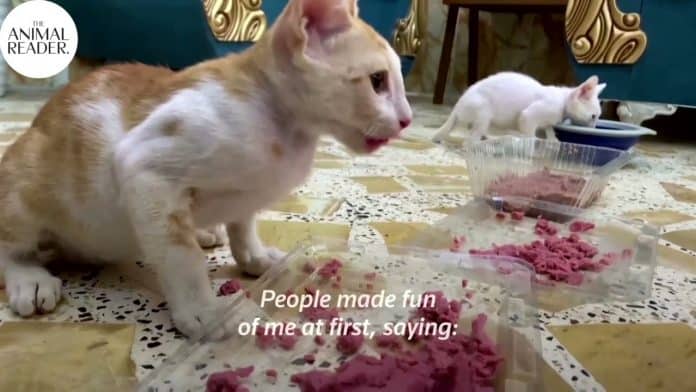 The 26-year-old school teacher Zainab al-Obeidy rescues dogs and cats from the streets in her city in Iraq. She treats street animals at her home before putting them up for adoption.

“They (animals) suffer a lot in Iraq in general from continuous violence. This is because there are no animal rights, especially towards stray dogs,” Zainab told Reuters.

“There is negligence on the part of citizens. It hurts seeing the elimination campaigns (killing dogs) that take place in these cities,” she said.

She drives through the streets of Amarah city in south-eastern Iraq, carrying packs of food for cats and dogs living in bad conditions on the streets.

Zainab said small puppies and kittens suffer the most, often living with hunger and diseases.

She started caring for stray animals five years ago and has helped more than 50 dogs and cats, all of which have now been adopted. She currently hosts five dogs and eight cats.

“People made fun of me at first, saying: ‘People are dying, and you are taking care of animals.’ But I didn’t care. On the contrary, I worked harder,” she said.

“And God willing, soon I will establish a rescue team for dogs and cats.”

Teenager forced to leave dog behind at US-Mexico border (VIDEO)