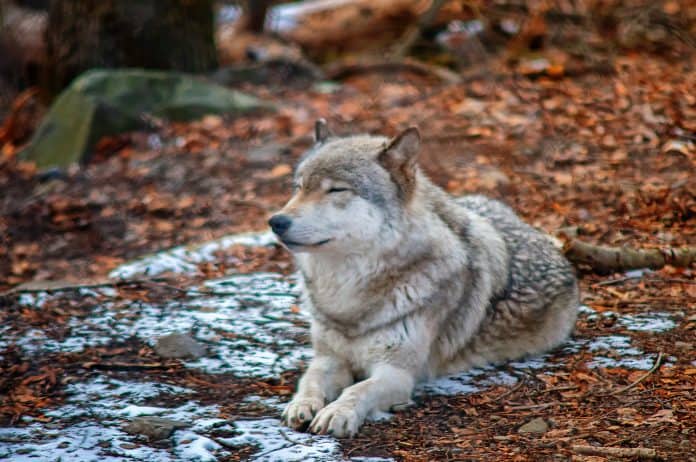 The United  on Thursday removed endangered species protections for the gray wolf. This means that states can decide what to do with wolves, including hunting and killing them.

The move was slammed by conservation groups, which said that while wolf numbers have partly recovered since the animal was first listed in 1974, they remain “functionally extinct” compared to how many there used to be.

Conservationists say that removing gray wolves from the endangered species list is premature and that wolves have only re-occupied 15 percent of their former range.

“This is no ‘mission accomplished’ moment for wolf recovery,” said Kristen Boyles, an attorney for Earthjustice, which called the decision “illegal” and said it would sue the government.

“Wolves are only starting to get a toehold in places like Northern California and the Pacific Northwest, and wolves need federal protection to explore habitat in the Southern Rockies and the Northeast. This delisting decision is what happens when bad science drives bad policy,” Boyles said.

There are about 6,000 gray wolves in the lower 48 United States. Placing wolves under state control will allow Minnesota, Michigan and Wisconsin to resume hunting and trapping, activities blocked by a 2014 court ruling.

All three states are considered battlegrounds in the November 3 election between Trump and Joe Biden. “Wolves will be shot and killed because Donald Trump is desperate to gin up his voters in the Midwest,” Brett Hartl, chief political strategist at the Center for Biological Diversity Action Fund, said in a statement.

Last year, 1.8 million Americans wrote comments against delisting when the rule change was proposed. It has also been opposed by 86 members of Congress, and 100 scientists wrote a letter urging the government to reconsider.

British scientist Jane Goodall said in a video message: “Wolves have all the sentience, and emotions, and intelligence perhaps more so than dogs.”

“How would you feel if your dog was caught in a leg-hold trap, suffering for hours in agony?”

“How would you feel if your dog was shot so that its head could be mounted on somebody’s wall?”

The Animal Reader’s mission is to change the way people view animals and rethink our relationship with animals and nature by reporting on what’s happening in the world. We need your help to keep informing our public. Please consider becoming a contributor.

Bobi (30) from Portugal is the oldest dog in the world