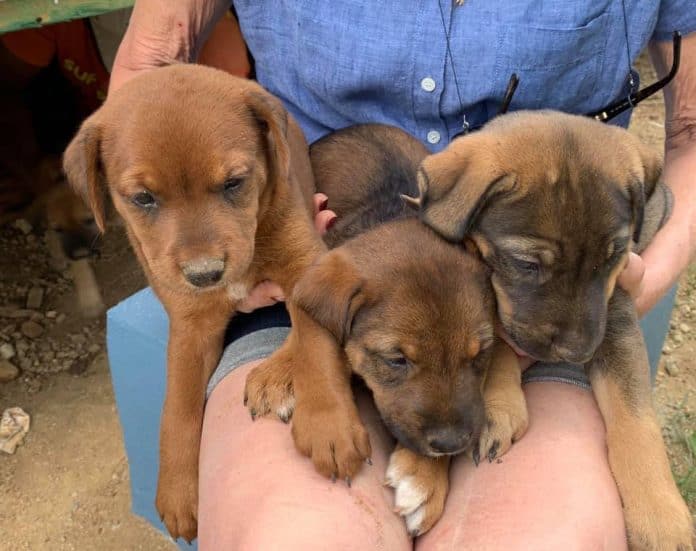 Let me start by saying I love Aruba. The island is beautiful, the beaches, the people, the weather, the sea. Aruba is also one of the wealthiest islands in the Caribbean and part of the Kingdom of the Netherlands. Being one of the richest islands, more and more people are surprised and questioning why there are so many cats, dogs, puppies and kittens wandering the streets. And why there’s no national spay and neuter campaign to control the animal overpopulation.

Such a beautiful island should love and cherish not only its people and tourists but also its nature and animals. There are a lot of stray cats and dogs suffering on the streets. Small animal welfare organizations and initiatives are trying to do something, but they don’t have enough volunteers or funding for medical and neuter and spay bills for animals.

Stimami Sterilisami
And here comes the sad part. Aruba had a beautiful program called
Stimami Sterilisami. This means Love me Sterilize me. A great initiative from the hotel Bucuti & Tara beach Resort in Aruba. They paid for the neutering and spaying of stray animals. Anyone could register the animal online, fill in at which veterinarian they had the dog or cat helped and Stimami Sterilisami would pay the veterinarian directly.

After helping over 4000 animals they abruptly stopped in November 2018. Their resources were finished. They had spent around 330.000 dollars on paying the bills to veterinarians. They were hoping that, after creating such a good online infrastructure and a proven system of reducing stray animals, other organizations like the government or big companies would step in to help fund the neuter and spay program. But that didn’t happen.

“That was very sad news”, Otto from the animals welfare organization Crijojo Trappers Aruba tells us. The foundation catches stray dogs, neuter and then release them. This is very effective to control the pet overpopulation. Like this less puppies are born and less animals suffer.

Animals suffering
“With the help of Stimami Sterilisami we could help 10 to 15 dogs per day. Now we can only help animals whenever a donation is made. Since the program stopped, we as well as other animal welfare organizations get more calls from people reporting sick animals and puppies on the streets”, Otto continues. “If this continues there’ll be so many strays suffering again on the island.”

Animal Right Aruba agrees: “Until we can establish a national spay and neuter program, the stray dogs and cats situation in Aruba will not improve. There are other organizations on the island trying to lend a helping hand to the situation, however it will take more funding and government support to actually make a difference.”

Aruba is a small island
Even tourists that have visited the island have expressed their concern. In 2010 tourists started the Animal Relief Foundation. “There are thousands of street dogs, puppies, cats and kittens. We are a small organization with limited resources, but do the best we can along with the other foundations”, Kathy from Animal Relief tells us. “Aruba is a small island. It shouldn’t be that hard to get the stray population under control.”

Killcage
Kathy and Otto tell us about the Killcage. A place to dump a dog, puppy, cat or kitten for it to be killed. This can be an animal from the street or just an unwanted animal. Once a day a man comes and kills all the animals that are dumped there. “Many of the foundations try to save what they can before the animals are killed. However, all foundations are over capacity. We do not have a shelter”, Cathy says.

Otto adds that the killing in the Killcage is done in a very inhumane way: “There are international laws on how to kill animals. It has to be done by a veterinarian. The animal has to be calmed first, get the shot to go to sleep and then get the shot to euthanize them. In Aruba, they only get the second shot. Imagine getting that kind of poison without being sedated.”

He continues with sadness in his voice: “Here in the Killcage it’s not performed by a veterinarian, but just a random person, hired by the government, who comes in with an injection needle attached to a stick and he starts to just poke animals. This means that it doesn’t always go through their blood system but just their body. They suffer for up to an hour sometimes. The government says it’s done correctly but there are videos of animals thrown in the back of a truck still alive and in pain and a man with a stick and needle walking out.”

Petition signed by almost 200 thousand people
The Luna Foundation started the petition ‘Take a stand against the barbaric procedures of the Aruba Killcage‘. Almost 200 thousand people signed it. Just like the other foundations they emphasize that a national spay and neuter method to control the animal overpopulation is better. “Killing healthy or treatable animals is not a solution to reducing the street dog and cat population of Aruba.”

Zoey from the Luna Foundation: “The moment the petition reaches 200 thousand, it will be printed and given to the prime minister of Aruba, Evelyn Wever-Croes. With a group of people, we will give it to her and hope the changes will be made. In the meantime we continue talking to the government, veterinarians and the different foundations to see how things can get better.”

What needs to happen
All foundations have tried convincing the government to fund a good neuter and spay program. Stimami Sterilisami wants to continue but needs funding to pay the spay and neuter bills to veterinarians. At the moment they’re looking to raise money to restart the program. The government could step in and make a huge difference on the island.

What can you do now
If after reading this you want to help, here’s what you can do. If you haven’t already you can sign the petition. In the article there are links to all the foundations, you can contact them and see how you could help them. Here are some other foundations helping stray animals in Aruba:

United Dogs Aruba Foundation
They organise Spay and Neuter Aruba Campaigns. In September they will build a Mobile Animal Surgical Hospital and within a short period try to trap, register, neuter and spay as many animals as they can. In May 2018 they did this too and worked with 50 volunteers, helping 296 animals.

Train runs over and kills domestic cat Neko in France