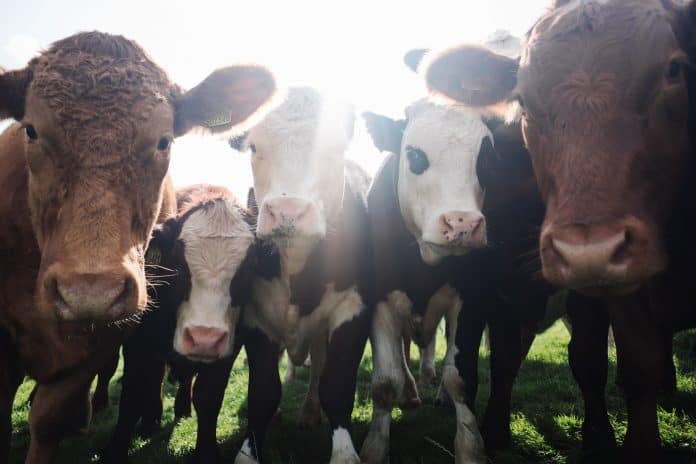 Watching this video hurts and realizing this is more the rule than exception in the dairy industry is just, well just unbelievable. To make milk, animals suffer. Mother cows and their babies have to be separated to make milk. The milk is meant for the calf but us humans just steal it from the mother. It is as simple and as unfair as that.

I have a hard time when people tell me ‘oh but I just love cheese’ or ‘almond or oat milk’ is not the real thing. I’ll repeat it again: to make the milk and cheese that you love so much, animals suffer. Babies are violently taken away from their mothers. In this footage that was obtained by Surge you see terrible scenes where farmers are punching and kicking calves. And they use pipes and crutches to hit their mother so the mother can’t reach their baby.

It’s absolutely unacceptable that we let this happen in our world. Mama cow is a mother who gives birth to her kid and who just like us, deserves to enjoy happy times with her kid. Just close your eyes and imagine the pain of having your baby ripped away the moment you give birth to her or him.

“Mother cows have an incredibly deep, loving connection to their children, just as we humans do to our children. Once separated from their mothers, female dairy calves face the same fate as their mothers, a life of artificial insemination and stolen children before their life ends at the slaughterhouse”, the team of Surge explains.

The Animal Reader is an animal news organization. We want to create compassion for animals by giving them a ‘voice’ on our platform. We need your support to create news stories where animals are the focus. Big or small, it would mean a lot if you could sponsor us.