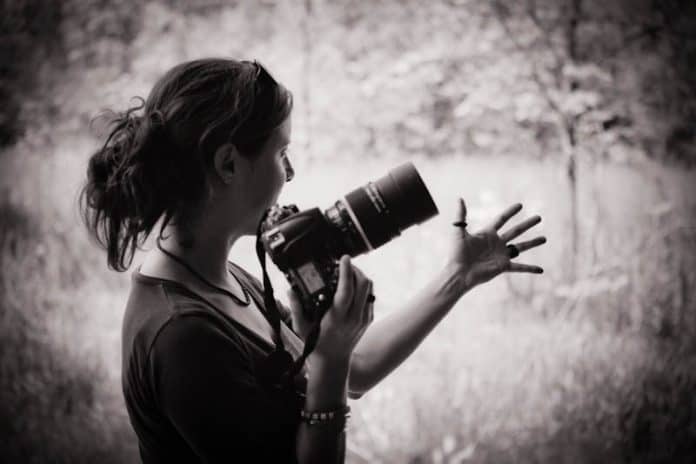 First time I heard of Jo-Anne McArthur, a Canadian photographer and animal right activist, was when I saw the documentary The Ghost in our Machine.  The documentary deals with the moral dilemma whether it’s acceptable to use animals for our benefit, whether it’s food, clothes or animal tested goods.

It follows Jo-Anne who wants to show the world the true story behind these products for humans. She dedicates her life to tell the truth. She goes to places where most people don’t come like fur farms and dairy factories and makes pictures of animals. Animals that are suffering.
Her pictures go through to your bone. They are living creatures tormented for our wants and needs. She captures them ‘perfect’.

You see her at big news agencies and advocates that stories about animals suffering should become main stream news. You see how she struggles but keeps going and going.
I was amazed by her. By her love for animals and by her determination to help them. Most people say they find animal cruelty sad, but very few actually try to actively change that. And she does.

Two years later we met in Rotterdam. And I became an even bigger fan. My biggest question to her back then was ‘How do yo do this? How can you love animals that much and then see them suffering in fur farms, toch them and then having to leave them behind.’ I can’t even watch a video of animal suffering without crying and she sees it in it in real life.

She told me it is the hardest thing in te world. That she gets nightmares and became very depressed of it. That she goes to farm sanctuaries to find good energy. But also that she has to keep going because she had to keep fighting for these animals. The cruelties happen and the world needs to see them.  The pictures are seen in different media outlets and her book We animal.

Her newest book Captive came out in July. It’s about zoo: “Captive is my contribution to the ongoing mainstream discussion about the ethics of captivity. We lack critical thinking when it comes to facing other species. We face them without seeing them — interactions depicted frequently throughout the book. I’d like the book’s audience to reconsider visiting zoos, and put their support behind efforts that help animals, such as wildlife centers, sanctuaries and in-situ conservation projects.”

The Animal Reader Talkshow: Saving pigeons in the Netherlands

Animal lover rescues dogs and cats from the streets in Iraq