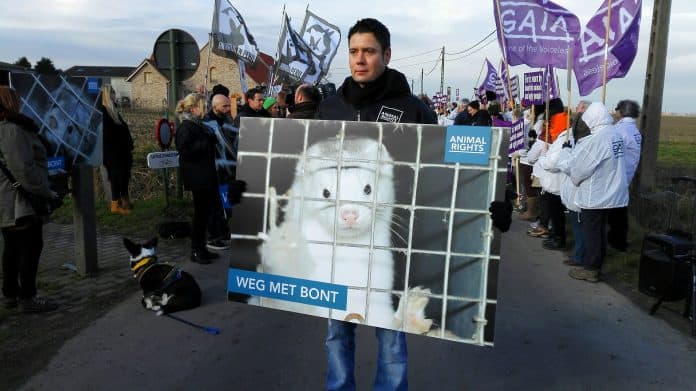 Jeffrey Wijling is a team leader for the Dutch organisation Animal Rights/Plant Power and one of the organisers of The Earthlings Experience Rotterdam. He’s a member of Bite Back and the Dierenbescherming. “I’ve always loved animals. Animals always give you unconditional love. But animals are vulnerable. As a child, I used to take home sick birds so I could cure them. Also as a child, sometimes I read and heard about animal abuse. I promised myself that when I was old enough I would do what I could to protect animals and improve the way they are treated.”

Have you always been vegan?
Unfortunately not. My wife and I became vegetarians years ago to express our love for animals. After a few years that did not feel good anymore. That’s when we became vegan. Now we are vegan for life.

Why is it so important that more people start caring more for animals?
As I said, animals are vulnerable. They depend on humans for a great deal. We invade their habitat. We should get along. A lot of species are endangered. That threatens our ecosystem. Humans do not need to eat animals. We can get all our nutrients from plant based food.

What’s your best experience doing this work? And your worst?
My best experience was during the last Earthlings Experience Rotterdam. There was a girl passing by holding a burger. When she saw the footage of a cow in a slaughter house on a laptop held by one of my fellow animal rights activists, she immediately told her she would never eat meat again. She hugged the girl who was holding the laptop en they both broke out in tears.
I frequently participate in preventing geese from getting shot out of the sky. We manage to save a lot but not all. Every time I see such a beautiful animal fall out of the sky my heart cries.

Who are your role models and why?
Mahatma Gandhi en Martin Luther King. It sounds cliche, but Gandhi and Dr. King both fought for something they believed in. They had the courage to stand alone, to stand up for what they believed was right.

If people want to join your cause, where can they find you?
People can find me on Facebook. Just enter my name. On Facebook they can also look for “The Earthlings Experience Rotterdam” and sent me a message.

Less meat on the menu at G7 summit in Germany